Posted on April 8, 2016 by sandrapaldrich 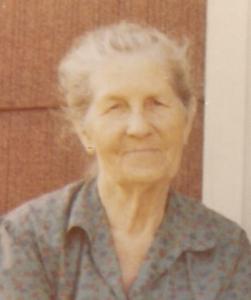 Years ago, when my beloved grandmother Mama Farley died at age ninety, my husband, Don, and I decided our then five-year-old daughter, Holly, and six-year-old son, Jay, would attend the Kentucky funeral with us. During the long drive, we talked about heaven and told our children that Mama—the part we couldn’t see—was already with the Lord.

Then I, a veteran of Southern funerals, told about the part they would see. She’d be lying in a big box, called a casket, and would be surrounded by flowers. A lot of people would be in the room, I said, and many would be crying because Mama Farley couldn’t talk to them anymore.

I talked about the sad hymns the people would sing, what the minister would say, and even about the procession to the cemetery after her adult grandsons carried the casket to the big car called a hearse. Then, most important of all, I asked if they had any questions. Jay wondered about practical matters, such as how they put the casket in the ground, but Holly just stared at me, her eyes round with silent wonderings.

When we arrived at the funeral home, we held the children’s hands and walked into the flowered area. I studied Mama Farley’s dear ancient face and thought of the godly example she’d been. Lost in my memories, I was startled by Holly’s whispered question: “Is she breathing?”

I hadn’t anticipated a question like that and it required more than just a quick “No, of course not.” Suddenly this business of explaining death to myself had become difficult. How could I help a child grasp what I couldn’t?

“Well, Holly. . . .” I stalled, searching for something both simple and theologically sound. Jay turned from studying the casket handles to face his little sister.

“No, Holly, she’s not breathing. Remember? The breathin’ part’s in heaven.”

Since that long-ago April day, I’ve stood before all too many caskets. But even with tears running down my cheeks, I am comforted as I remember a little voice confidently announcing, “The breathin’ part’s in heaven.”